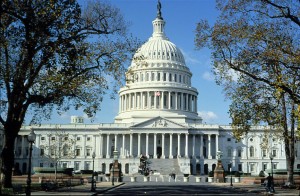 In 2006 current Supreme Court nominee Neil Gorsuch received the votes of the following current U.S Senators in his confirmation to the 10th Circuit Court:

Something must have changed drastically. Within one hour of last night’s nomination Chuck Schumer began beating the drum saying, he had “serious doubts” over whether Gorsuch will be able to “vigorously defend the Constitution from abuses of the Executive branch and protect the constitutionally enshrined rights of all Americans.”

“Given his record, I have very serious doubts about Judge Gorsuch’s ability to meet this standard,” Schumer said. “Judge Gorsuch has repeatedly sided with corporations over working people, demonstrated a hostility toward women’s rights, and most troubling, hewed to an ideological approach to jurisprudence that makes me skeptical that he can be a strong, independent Justice on the Court.”

This is yet another display of how it is always all politics for the left, substance be damned. He was good enough to be a unanimous choice back in 2006 but is now “outside the mainstream” and not be capable of being “independent?” Once again, those outside of the Blue Bubble will clearly see behind the curtain into the true nature of today’s Democrat Party.

In his acceptance speech Gorsuch has already distinguished himself by saying, “A judge who likes every outcome he reaches is very likely a bad judge stretching for results he prefers rather than those the law demands.”

This is probably what frightens Schumer et al the most. The fact that a judge could not be counted on to rule in a political way but would defer to what “the law demands” means that the power of the law would shift to the people’s representatives in Congress. The left simply cannot have that. Other than Barack Obama’s reelection, they have been crushed in election after election since 2008. They have lost 1042 seats at the federal and state levels as well as 12 governorships. They have been rejected at the polls time and time again so they must try to find other ways to rule against the will of the people. This leaves the courts and executive branch regulations. They are losing their grip on both of those as well.