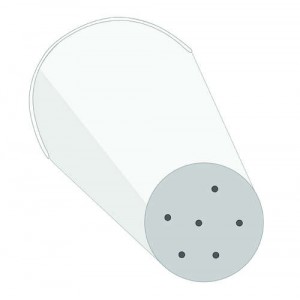 Here’s a simple little illustration of the folly of Keynesian government spending (stimulus). You need three items; two large pots and a cup made of styrofoam or paper.

First, fill the two pots about halfway up with water, place them 2′-3′ apart on a counter top, and designate one pot “P” and the other pot “G”.

Next, poke two small holes in the bottom of the cup.

Now, using the cup, take some of water from pot “P” and transfer it to pot “G.” A small amount of water will leak onto the counter. This is normal. Do this several times.

Keynesian spending only puts more holes in the cup and increases the number of transfers from pot to pot. The result? More water on the counter (unproductive spending and waste). It should be no surprise that Stimulus I failed. Stimulus II (the supposed “Jobs Act”) would fail if passed and the green economy spending has been a total disaster with billions (that’s right, billions with a “b”) wasted on crony bankruptcies and technologies with no future. Why has all of this flailing produced no jobs? More holes in the cup produce nothing.

How then, could you ever raise the total amount of water in the pots? Simple. Put the pots outside, stay out of the way, and just let it rain (American business productivity).

Oh, by the way, a new cup with fewer holes would be helpful.