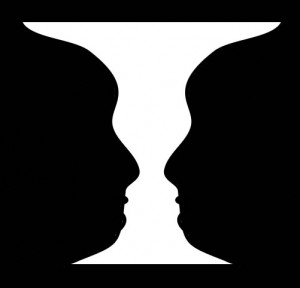 On a recent visit to my son, my wife and I met a friend of his; a fine young woman, a student of history, and a truly funny individual. She happens to be black. We shared some drink and a dinner and thoroughly enjoyed her company. We also had the good fortune to dine with her and our son a few weeks later. Again, we laughed and shared and had a wonderful time. Several weeks later my wife noticed that she posted a comment on Facebook something to the effect of “How convenient, George Bush leaves us this mess and everyone blames it on the black guy.”

This was especially unsettling, as it was coming from a genuinely nice person with an education in history. The implication was that those laying blame on President Obama are doing it for no other reason than he happens to be a black man. She was voicing what seems to be a fairly common assertion among supporters of the President. It is time to put this notion to bed.

Without detailing them here, there are dozens of policy reasons why Barack Obama has sent the country into a death spiral. Even if you accept the premise that he inherited a mess, which this author does not (see: http://chronicleofchange.com/?p=380 ), President Obama has taken exactly the opposite course of what history has told us would be successful. The results have been exactly what should have been foreseen. All of these choices, their corresponding results, and the public reaction to them had nothing to do with his skin color.

It is so often repeated now by liberals that the Tea Party is racist that it seems whenever a liberal speaks of the Tea Party they almost always preface it with the word “racist.” This is nonsense. The Tea Party is not a political party, it has no headquarters, no leaders, and no membership. The Tea Parties were events. They were protests based on a few simple ideas; stop the runaway spending, stop government-run healthcare, stop the bailouts, and balance the budget. Having attended a few of these and seen hundreds, maybe a few thousand participants I can tell you first-hand that I never once witnessed anything that could have even been stretched into anything resembling anything racist. There were lots of flags, lots of copies of the Constitution, and lots of issue-oriented signs. These people are worried about their own government eating the country from within. Their fears are enough to bring out literally millions of people across the country who have never before been politically active in their entire lives. This phenomenon has nothing to do with the skin color of the current inhabitant of the White House.

Further, it appears that conservatives are, more and more, embracing the candidacy of Herman Cain. Polls show him gaining support from a wide variety of likely voters. In case you missed it, Herman Cain is black. You would think the response of the press and the media would be delight that conservatives are increasingly “color-blind” in their selection of candidates. Unfortunately, the opposite is the case.

From all quarters of the liberal press, Hollywood, and even members of Congress the attacks on Mr. Cain have begun. He is not “really” black….. He didn’t take part in the marches when he was in college….. He’s just a “plant” to hide the true racism of the Republican Party. A particularly disgusting attack took place in the form of an interview on MSNBC with Lawrence O’ Donnell which was obviously designed to bring into question Mr. Cain’s “blackness” You can see it here: http://www.youtube.com/watch?v=2wmpBXFJLqw

I would like to suggest to Mr. Cain a response for the next time he is asked these types of questions (and, rest assured, he will be). “Although I was always sympathetic to the cause, it’s possible I didn’t make as much of a difference as I could have back then. There are many reasons why people act the way they act in their youth. I am attempting to make a difference now.  I am trying to show the world that the 2nd black Presidency can be good for the country, unlike the disaster of the first.”

The attacks on Mr. Cain reveal the greatest fears of the left. An independently thinking black man (or woman) cannot be tolerated. Any black person who steps outside of the pre-cut template liberals have designed for them must be destroyed. Black folks must never see that there is a world outside of the tiny little box that liberals have constructed for them. Herman Cain has crossed that line and you will see the consequences over the next several months. Can someone explain to me why it is “racist” to oppose President Obama’s policies but it is “not racist” to attempt to personally destroy Herman Cain, both black men?

The answer here is that none of this has anything to do with race at all. It has to do with the political left wing attempting to hide behind race to avoid the failures of their leader and to whip up the sentiments of those blacks willing to blindly follow them without questioning the real issues. The policies of this President are sinking the boat and we are all going down with it, blacks included. It’s time for a new captain.

Finally, for you young folks out there, I have to tell you that the constant use of the racism card is diluting the very meaning of the word and is dishonoring those who actually had to endure true racism. Racism is an ugly, evil, intolerable thing. Just ask someone who was there in the sixties when Martin Luther King was persuaded by the Chicago Police to turn around his intended march down Cicero Avenue because of the baseball bats and chains that awaited him and his followers. Ask someone who was there when black folks were threatened or beaten or murdered. Does using the word “racist” to describe someone opposing a President who happens to be black do those folks justice? I think not.

Let’s get real and discuss what is right for our country. We’ve got two black men to choose from (and a few others too). Let’s get down to business.