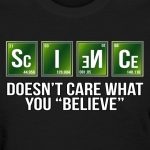 Although you wouldn’t know it by the current weather in the U.S., the earth has been warming since the end of the Little Ice Age (roughly 1850). This is also about the time we started keeping weather records. There is a natural trend of warming that has been “built in” for all of the almost 200 years we’ve been keeping records that will continue (or at least we’d better hope it does). For as far back as all of our records go it has been normal for every year to be ever so slightly warmer than the year before. The scientific reply to “Last year was the warmest on record!!” should be “Well…..of course it is.” Where we are now is at the bottom right of Figure #1 below. Interestingly, notice that although there have been peaks and valleys and we are currently warming a bit, the long-term trend has been cooling for the last 8000 years and “rapidly” cooling for 4000 years or so. 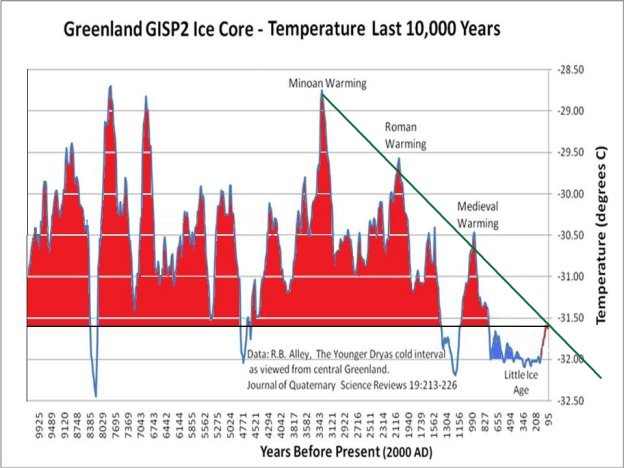 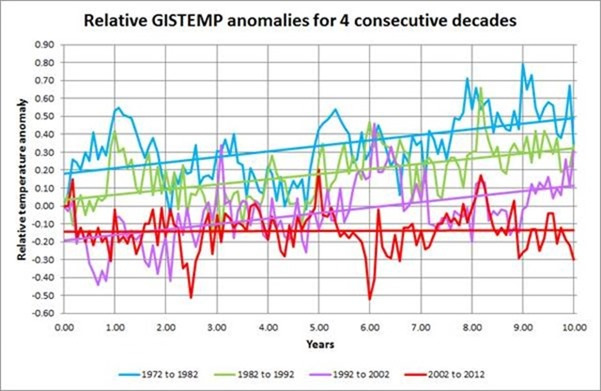 OK. So it’s slowing. But what is the rate? Back in 2012 NASA (the folks many refer to as the  “scientists” in sentences that begin with “Scientists say…..”) looked at all the data they had from 1880-2011 and said that the rate of warming for that period was .59 degrees C per century. Let’s just say that’s correct for the sake of discussion. That’s what they said in 2012. This year they are saying that the rate of warming is .66 degrees C per century. No change in data. Exactly the same readings as before. How can you get a different rate with exactly the same set of temperature readings?

Most people don’t know that NASA adjusts its temperature data every month. In one month alone in 2012 60% of all of NASA’s data for this time period was changed. Figure #3 below is a chart of the adjustments NASA made between 2012 and 2017. This is a chart of adjustments to temperatures, NOT actual temperatures. Obviously, there can be no new thermometer readings for 1880-2011 but NASA “adjusts” the data for that time period every month and when they do the earlier data is no longer available. It’s just gone. You can see from the trend line that the .07 degree difference (10% of the total rate) comes from adjustments, NOT temperature change. 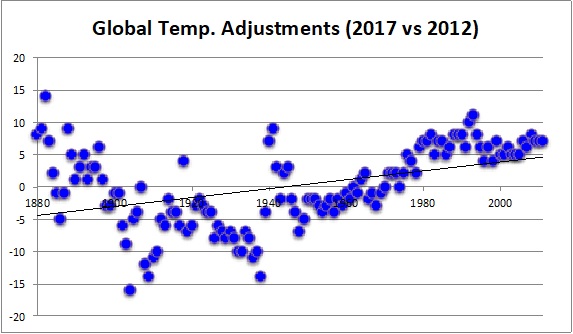 Keep in mind that this only goes back as far as “adjustments” made after 2012 because a few people outside of NASA decided to save the older data. How was the data adjusted even before that? We don’t know because it’s been erased. Serious science welcomes questioning and has no reason to hide earlier data. Serious science also acknowledges a failed theory.

By the way, all of the NASA related data comes directly from their website (just at different times). As you shiver inside while the schools and roads are closed feel free to go have a look for yourself.

TOH to Randall Hoven for the NASA story and graph.