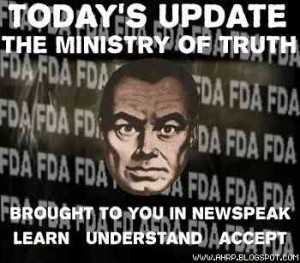 Today’s job report which said 255,000 jobs were created was said by the NY Times to “reframe the economic outlook.” NBC reported that the report “crushed estimates” and “blew past expectations.” Of course ABC, CBS, CNN, and the rest of the liberals’ Ministry of Truth chimed in with universal puppies and rainbows. Of course, CNN, NBC, and the NY Times most likely had to clear their stories with the Clinton campaign before release as they did during the Democrat Convention. (No, that’s not a joke; they actually did).

When you break down the splits between public and private sector jobs the picture turns significantly darker. Private sector job creation in this report showed very little improvement. The three-month average for private sector job creation is now 158,000 as opposed to 169,000 for the six months prior to that. In 2015 and 2014 those monthly averages were 221,000 and 240,000 respectively. Trend = down. Once again, most of those jobs were “service” jobs. If you want to wait tables or tend bar this is a great market for you.

What does all of this mean in plain language. It means that overall job creation last month was up but almost entirely due to public sector (government) growth. Private sector (real businesses that offer real products and services) job creation is still flat-lined and both public and private sector job creation is still heading south. Put this together with the recent GDP report that said growth was going to come in at less than 2% and you have an Obama economy.

Call me cynical, but could it be that the word is out among government agencies to hire as many people as you can to “juice” the numbers for the election season?

And one final question regarding all of those new government employees……… What do tens of thousands of government workers produce exactly?

TOH to the Wall Street Journal for the numbers.