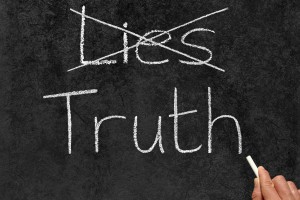 It seems a bit ironic, as the President flounders in the polls following last week’s debate, that the demographic group which may actually put the final nail in his Presidential coffin is the one he has always been able to count on. Until now, that is.

It seems likely that blacks, while still supporting him in huge numbers, will not be supporting him in the same kind of numbers which got him elected in 2008. There are several reasons for a drop off in black support. The novelty of electing the first black President has worn off. The only group hit harder by unemployment than blacks is women and at least some of these folks are realizing that the President’s “War on Business” is actually making it harder for them to find work. The unemployment rate among black youth in some places is near 50%. The President’s stand on gay marriage is also not sitting well with many black church members. And then there is the following blockbuster story broken this week by Thomas Sowell.  Any black voter who is even remotely capable of being open-minded enough to ever vote against any black candidate will have his view of Barack Obama forever altered by this.

I would like to be extremely clear here in the documentation of what occurred so there can be no doubt that what follows is factual. A video was recently released by The Daily Caller showing President Obama, in part, hinting at racial bias in the response to hurricane Katrina . You can see the President’s own words here: http://dailycaller.com/2012/10/02/obama-speech-jeremiah-wright-new-orleans/. A transcript of the June 5, 2007 speech at Hampton University is also available from the Federal News Service. The other relevant piece of information you might want to verify for yourself is page S6823 of the Congressional Record for May 24, 2007.

As you begin to watch the video it quickly becomes obvious that then-Senator Obama is not speaking in his usual tone of voice. He has put on his “local dialect” for this speech in an attempt to have a greater appeal to his audience. Slightly phony, but fair enough. Around the 1:15 mark he begins a discussion of the response to hurricane Katrina and the Stafford Act. The Stafford Act normally requires local governments to put up $1.00 for every ten (10%) they get in federal relief. Senator Obama points out that the government waived the 10% requirement for the NY response to 9/11 and for hurricane Andrew because of the “devastation.” He goes on to complain that it was not waived for hurricane Katrina saying, “What’s happenin’ down in New Orleans? Where’s yo’ dolla’? (his fake dialect, not mine) Where’s yo’ Stafford Act money? Makes no sense. Tells me the bullet hasn’t been taken out. Tells me that the people down in New Orleans they don’t care about as much.”

For any black person willing to take a good, hard look at this it means that Barack Obama was willing to stand before you, put on a fake dialect to appeal to you, and lie to your face. It means he was willing to act as if some evil racists in Washington were denying the people of New Orleans help in a time of great need when he, himself, was one of only fourteen people who voted to deny that help only 12 days earlier. “Where’s yo’ Stafford Act money? Makes no sense,” he said. It apparently made sense to him. “Tells me the bullet hasn’t been taken out,” he said. It seems he is willing to leave that bullet right where it is. “Tells me that the people down in New Orleans they don’t care about as much,” he shouted. Mr. Obama cares about those people…. as a voting block. If enough black voters are made aware of this story (you’ll never see it on the networks) I believe you will see a further loss of support for the President. Nobody likes being lied to and nobody likes being taken for granted. That’s especially true if it comes from a messianic leader you previously thought would be the one to finally stand up for you in Washington.

You can find the original Thomas Sowell story here: http://townhall.com/columnists/thomassowell/2012/10/09/phony_in_chief/page/full/