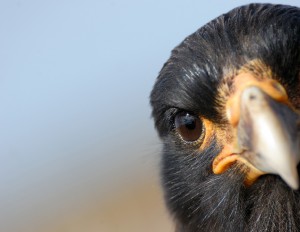 After roughly a year’s “sabbatical” the Chronicle has returned with a new look and a new mission. The so-called “debate” over the debt limit plan was so outrageous that it seemed necessary to address the ridiculous new level of deception being thrown at average Americans by Washington and the media. The Chronicle will spend the months running up to the election (and thereafter as well) attempting to document how the American public is being “played.” Although the President, the Democrats, and the liberal media lapdogs are the worst offenders the Republicans are not without blame in the fleecing of the American public.

After weeks and weeks of wailing about the impending crisis, massive media coverage, all the meetings, all the proposals and counter-proposals, what finally came out of Washington amounted to almost nothing. The massive media show designed to impress the American public with a false show of government “responsibility” was nothing but Kabuki theater and just enough to resurrect the Chronicle from inactivity.

Oh sure, they threw around some big sounding numbers. A trillion dollars sounds like a lot, right?  Here’s where we find deception number one. All of these proposals were based on a ten year period. So, when they said a trillion, they meant $100 billion a year. Sounds bigger to say a trillion, doesn’t it? Those who pay little or no attention might be impressed with a “spending cut” of a trillion dollars. Not here.

Then there’s deception number two. Most of the cuts are set to take effect near the end of that ten year period which means, most likely, they won’t happen at all. In the first year the so-called “cuts” amount to $22 billion. At our current rate of borrowing of $4.2 billion per day that will save us from borrowing for roughly five days. That’s right, a five day savings in the first year.

And then there’s the third deception; the granddaddy of them all. All of the so-called “spending cuts” they put forth are in relation to their assumed baseline. The baseline is always the amount spent the previous year plus built-in 8% growth. Washington’s baseline is an ever growing number designed to ratchet up spending every year. And, remember, what we spent last year includes the trillion dollar stimulus bill (with interest it cost at least that much). Wasn’t that emergency spending? If so, why do we have to spend it again with an 8% increase? The baseline assumes that we will add $9.5 trillion to our $14.5 trillion debt over the next ten years. To translate Washington’s doublespeak, this plan will reduce the amount of money we overspend from $9.5 trillion to $7 trillion over the next ten years (if all of the cuts even happen). So we’re only going to increase the debt we’ve amassed over 235 years by 50% instead of by 66%. Now there’s Washington making some hard choices.

Folks, this is just the tip of the iceberg. In the coming months, the Chronicle will attempt to set straight as many lies, deceptions, and exaggerations as time will allow and discuss the issues of the day. Please join us in doing the job that the mainstream media used to do before they became propaganda peddlers. Follow the Chronicle, pass us on to others, and take part in the discussions. Relevant stories and information are always appreciated.

Good to be back.

1 thought on “The Chronicle is Back”