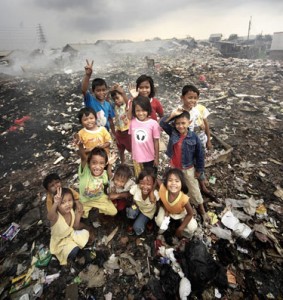 It seems that the absolute volume of outrageous trash generated by our government is growing by the day. It has been said that our current administration has adopted it as a strategy to throw out such a volume of government intrusion that the public cannot possibly recognize, much less combat, it all.  What is frightening is not so much that we have to deal with it but that our children and grandchildren might be forced to grow up in a world in which this is considered “normal.” We will be long gone and the stench of what our government left behind will linger for decades. Here are a few bags of trash for today.

According to the Wall Street Journal, there is a growing national trend of parents actually going to jail because they are trying to enroll their kids in better school systems.

From the article: “An African-American mother of two, Ms. Williams-Bolar last year used her father’s address to enroll her two daughters in a better public school outside of their neighborhood. After spending nine days behind bars charged with grand theft, the single mother was convicted of two felony counts. Not only did this stain her spotless record, but it threatened her ability to earn the teacher’s license she had been working on.” And this: “From California to Massachusetts, districts are hiring special investigators to follow children from school to their homes to determine their true residences and decide if they “belong” at high-achieving public schools.” And hang on to your hats for this: “Other school districts use services like VerifyResidence.com, which provides “the latest in covert video technology and digital photographic equipment to photograph, videotape, and document” children going from their house to school. School districts can enroll in the company’s rewards program, which awards anonymous tipsters $250 checks for reporting out-of-district students.” The full article here: http://online.wsj.com/article/SB10001424053111903285704576557610352019804.html?mod=WSJ_Opinion_LEADTop

Our second bag of trash is filled with Obamacare. If you remember the “debate” over the bill just before it was rammed through, a major stumbling block was whether or not the bill would fund abortions. President Obama said he would issue an executive order so that no taxpayer money would pay for abortions and Democratic members of Congress insisted that abortions would not be covered. How’s that working out?

The Department of Health and Human Services is proposing the new regulation which would fully implement Obamacare. According to CSNS News, it includes a requirement for “preventive services” such that “all private health plans in the United States cover sterilizations and all FDA-approved contraceptives–including those that cause abortions—without charging any fees or co-pay.” While touting the new regulation at a fundraiser in St. Louis this week, President Obama had an exchange with an audience member that went like this:

Obama: “Absolutely. You’re stealing my line,… No longer can insurance companies discriminate against women just because you guys are the ones who have to give birth.”

Obama: “Darn tooting,…..(laughter) they have to cover things like mammograms and contraception as preventive care, no more out-of-pocket costs.”

That sounds like a great deal. Fifty year old men have to be covered for mammograms, sterilization, and birth control whether they like it or not. A little further checking will tell you that they must be covered for psychological counseling, drug rehab, and so must their children up to 26 years old. Do you think it’s possible that you could buy cheaper coverage without all those benefits you don’t want or need? Sorry, that’s not allowed. Buy it, pay a fine, or go to jail. Oh, and by the way, part of your premium that you must pay is going toward free abortions.

Our final bag of trash comes from Charlotte, NC, the soon-to-be home of the Democratic National Convention. A small businessman selling commercial audio equipment on a busy thoroughfare in that city received a notice of zoning violation this week. The violation was for two recycling bins located outside his store. He was told that his dumpsters needed to be fully enclosed by a wall or a fence so that they could not be seen from the street. Hmmmm.

“I think the timing definitely has something to do with the DNC,” said the owner. “Why hadn’t I seen this before if I’ve been in violation of some sort of city ordinance?” His business (dumpsters and all) has been there since 2007. The owner has gotten estimates to build the fence/wall ranging from $1000-$3800. Since he can’t afford that he’s getting rid of the dumpsters resulting in lost business for the recycling company and whatever environmental effects there might be from less recycling.

It turns out that this particular business is not alone. According to the local CBS News affiliate (WBTV), at least 100 businesses have received similar notifications in the last couple of months. One wonders whether the business lost by recycling companies (and others) will count as jobs “obliterated or destroyed.”