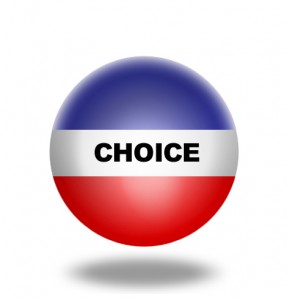 As of late, taking into account all the moral and practical sides of the issue, I’ve decided it is time to come around to the “pro-choice” position. Morally, it is the only option and practically works out far better as well. Therefore I have decided to make it official and declare myself “pro-choice” …. in regard to Medicare and Social Security, that is. Our future generations deserve a choice and if we don’t give it to them shame on us.

Having been involuntarily enrolled in these two programs since my first job, I have been contributing to them for almost my entire life. Hundreds of thousands of dollars which I earned were taken from my paychecks to fund these programs and were, supposedly, for my future benefit. As with many things in life, I wish I could go back and know what I know now.

Medicare, as currently structured, will force me into their program, give me no choice at all as to what kind of coverage I will have, and herd me into the few remaining doctors who still actually accept new Medicare patients. Even with an exponentially growing number of users, Medicare will be providing services from a shrinking pool of quality doctors going forward due to those making the choice to quit rather than deal with Obamacare. Polling shows that a large percentage of doctors are considering quitting (one sets the percentage as high as 85%) and I personally know a couple who will be “out the door” as fast as possible should Obama get re-elected and ensure the survival of Obamacare.

Medicare’s own actuary, a current Obama employee, recently said, “It is important to note that the estimated savings shown in this memorandum for one category of Medicare provisions may be unrealistic.” According to his report, 15% of hospitals and healthcare providers will be forced out of business by the Obamacare cuts in rates of reimbursement. He further states that the Independent Payment Advisory Board (the fifteen government appointees who will decide the rules determining your medical future) will be forced to cut services by another 0.3% to contain costs (you probably haven’t heard a lot about that one). Nearly one-third of all Medicare payments for medical devices are fraudulent totalling tens of billions of dollars. And finally, without structural changes to Medicare the program will go bankrupt. Suffice it to say, Medicare could be renamed “Medisaster.” Someday soon I will have a card which says I have “coverage” but a card for a free meal isn’t all that great if all they are serving is dog food.

After paying in a lifetime of their hard-earned money are today’s seniors entitled to benefits under the “contract” they were forced into accepting? Absolutely. Whatever benefits they have built up should be paid. Unfortunately, there is a great truth which it seems few are willing to face, and even fewer seek to remedy. The “contract” we were all herded into was, and is, the mother of all bad contracts. There is only one moral and logical solution to this mess; honor the contract for those who are stuck in it but give a choice to our younger citizens to opt out. They will be better off with a choice and so will the country.

Social Security is an even worse contract if that is possible. It is hard to believe that our generation, with the experience of living through this negative-yield, soon-to-be-bankrupt Ponzi scheme, would wish to burden our children and grandchildren with the same failed model. They could easily do much better on their own. Recently, Social Security reached a historic milestone and it was not a good one. AP recently said of the average married couple, “For those who turned 65 in 2010, the amount paid was more than the amount received. Lifetime Social Security benefits come to $555,000, while taxes total $588,000.” This gap will ever widen over time. Over my lifetime, I and millions of my co-baby boomers had hundreds of thousands of dollars of our money locked up by the government at a negative yield! Not only are we not getting our money back with some kind of interest, they actually lost part of it for us! We literally would have done better putting it under the mattress.

If we had only been given one basic choice, just one, imagine where we could be. If only our contract had been just a little bit different. It is easy to calculate how much better off we would be if we were simply allowed to invest our retirement funds (our own money) in something as simple as U.S. Treasury Bills. T-bills are not complicated and are often touted as the safest investment on the planet. Since 1960 the average rate of return on T-bills has been in the neighborhood of 5%. Just assuming that half of our contributions were made half way through a fifty year career, we could have amassed enough by age 45 to guarantee $995,588 in benefits. We could have more than doubled our money on our own by retirement with a totally safe investment. Instead we actually lost money under mandatory government confiscation.

I ask you, should we pass these wonderful government plans on to our children or should we give them a choice? It’s too late to make much of a difference for those of us who have already been scammed but it’s time to fight for our kids so the government can’t do the same to them. We must leave them with more than empty promises, massive debt, third-rate health care, and diminished retirements.

Pro choice. It’s the only moral thing to do.