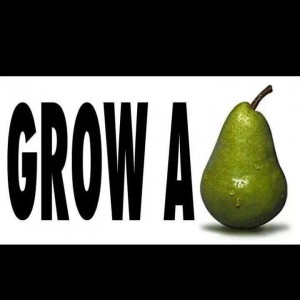 There is a huge void on college campuses these days and it might not be where you think. Here’s just a small sampling of some of the insanity:

They had further demands in regard to the student(s) who posted the “All Lives Matter” posters, and the “Free Speech” posters that stated that “in memoriam of the true victim of the Missouri Protests: Free Speech.” “Student Affairs may require them to go through the Disciplinary Process if a formal complaint is filed, and that they will be required to attend extensive training for racial and cultural competency.”

At Boston College activists demanded “the introduction of compulsory, in-person, and regular anti-oppression training” to be “led and organized by people of color with significant experience in anti-oppression activism or scholarship” who should be compensated and acknowledged for their labor beginning in spring 2016.” At St. Louis University activists demanded “Mutually agreed upon commissioned artwork” for minorities.

At Princeton protesters occupied the president’s office and demanded “eradication of every reference to progressive racial segregationist Woodrow Wilson at Princeton”, “cultural competency training for all staff and faculty,” “a racially segregated safe space dedicated specifically to Black students who oppose racial segregation,” and “classes on the history of marginalized peoples” because “learning about marginalized groups, their cultures, and structures of privilege is just as important as any science or quantitative reasoning course.”

Such nonsense continues ad nauseam across the university spectrum to the point where the very meaning of the word “university” no longer applies. “Safe spaces” (public spaces taken over by PC warriors) where certain types of speech are not allowed? Limitations on media attendance at rallies to only those who are willing to pledge to provide favorable coverage (Smith College)? Do these seem like places where independent thought and a free exchange of ideas are encouraged?

Although well beyond that point now, I can say that were I to have high school aged children I would be wondering where the hell can I actually send my kid to college to actually get an education? I would also be willing to bet that there are thousands of parents across the country right now wondering the same thing.

The first group of trustees and or school administrators who can actually show some intestinal fortitude and run a school properly will have students and parents beating down the doors to get in. A simple reply to these protesters would have to include only a few simple items. First, the students do not run the school. Second, there is a system in place to deal with serious offenses and it is run fairly. Third, if your feelings are hurt by thoughts different than your own maybe you should transfer to another school. This would also apply to newly formed schools. Parents with their heads screwed on straight are seriously looking for places where their kids can get a classical, useful, education. Will the free market start generating some of these? We’ll see.

In a semi-related story, the newly renamed University of Missouri “Special Snowflakes” played a basketball game against Kansas State on Monday. Apparently during the game, one of the K-State players blocked a Snowflake player’s shot and taunted him with something like “don’t bring that weak stuff in the lane.” This was enough to trigger a microaggression response from the Snowflake team. They retreated to their “safe space” at center court, demanded that the player in question be ejected from the game, have his scholarship revoked, and thrown out of school. After all, it upset them. They also demanded the opposing coach be fired. Just as a side note, the Snowflakes lost 66-42.