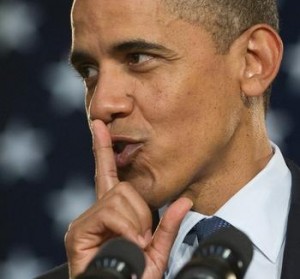 If you haven’t experienced “the moment” you have almost certainly known someone who has. The moment when you know the relationship has just ended, when you instantly realize that no matter what you do it cannot be saved. Relationships can survive many things. Addictions, money, and sexual issues can all put great stresses on relationships. The death-blow, however, usually comes from a lie. Once someone truly realizes (not just suspects) they can no longer trust in what the other person is saying, that relationship is over. Period. “The moment” may have arrived for Barack Obama last week and independent voters on, of all days, September 11th.

Previous statements by the President and his administration have been characterized by the right as “lies” and, while some were on the verge of being indisputable, many were at least debatable if you allowed for Clintonian parsing of words (“it depends on what the meaning of “is” is”). Informed voters may have had suspicions that their President was not telling them the truth but he is smooth and they didn’t really want to believe anything bad about him. The events in Libya, however, are absolute proof that this President is willing to lie to us. This one cannot be debated or parsed. This was not a “stretch” of the truth. He lied and we have to face it.

On September 11th, a hundred heavily armed men with AK-47’s and RPG’s attacked our scandalously unprotected consulate in Benghazi, killing our ambassador and three Navy Seals. We were told it was in reaction to a movie trailer when it was actually a pre-planned terrorist attack designed as a September 11th anniversary present. The movie story was not a one-time misstatement which was quickly corrected. This was a four-day campaign to get us to believe this attack was caused by spontaneous Muslim outrage over a trailer which was released in July. Our U.N. Ambassador, Susan Rice, went on five different Sunday talk shows and repeated the lie. The White House and the President’s press secretary, Jay Carney, stood by this story for four days. And, still, this week, during his recent speech to the U.N., the President himself said, “There are no words that excuse the killing of innocents. There is no video that justifies an attack on an embassy.”

Even ABC (All Barack Cheerleaders) News is now reporting that the White House knew immediately this was terrorism and not in reaction to the movie. The Libyan President said it was not in reaction to the movie. Several intelligence operatives are now telling us it was Al Quaeda. Really? How smart do you have to be to immediately draw a link between a heavily armed attack on a U.S. facility on September 11th and Al Quaeda? Only five days ago, the President himself was still telling us it was that darn movie. We have to face it. Whatever his reasons, whatever the political implications, whatever nuance you want to attach, and no matter how much of a likeable guy you might think the President is, he saw fit to lie to us. This is “the moment.”

Why is it that moral people place such a premium on telling the truth? Why do we make such a big deal out of teaching our kids to tell the truth? What is it about a lie that is just so toxic? It’s really simple. Thousands of years of experience have taught humanity that, once trust is broken, it is almost impossible to get it back as all kinds of thoughts flood in. “What else has he been lying about?” “Do I really know this person anymore?” And most importantly for the remainder of this election season, “Can I ever really believe him again?”

As in any election, the voters sit as a sort of jury and decide whose “testimony” they believe. Both campaigns will present their version of several critical issues and, with facts being twisted into almost unrecognizable shapes, it can become difficult for the voter to know who to believe. Voters now have one fact to file away to help them make their decision. They know for sure one of the candidates has lied to them before.

The Libya cover up will not be carried in any meaningful way by the mainstream media. That might be harmful to their chosen one. The only way this story will get to those who need to hear it is if we spread it in through the new media. Please share this with anyone you think may be remotely on the fence so that they may properly consider the believability of future claims coming from the White House. The moment has come.