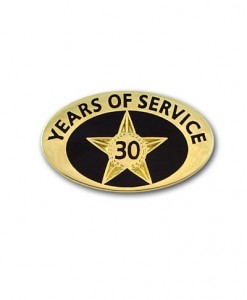 With class warfare just oozing out of the White House these days the demonization of the “rich” has ratcheted up to a fever pitch and is likely to get even worse as we approach elections. Let’s take a look at a timeline of someone who fits the class warfare definition of “rich” with an eye toward asking the question “When does someone cross that line and become “rich?” Of course, there are those who are born rich or marry rich but we will leave them out of this discussion and address those who succeed at the American dream and actually earn their money.

For our example let’s take a look at a medical student. We’ll call him Robert. Robert works his way through undergrad school taking minimal student loans but is forced to borrow to pay for medical school and his residency. According to one source “…. with debt-forbearance during his five-year residency and a 20-year payment plan, the total owed would be $788,880.” Many med students choose to pay all or some of the interest during residency to keep borrowing costs down. In our example, Robert could pay roughly $21,000 per year out of his average $40,000 take-home and cut the end-of-residency total to $369,000. To do this he would be forced to live on $19,000 a year for five years or find a part-time job while in residency. That’s pretty tough duty but we will assume he does this.

So, following the timeline, at 26 he graduates medical school but has no income so he is obviously not rich. For five years he is clearing $40,000, paying $21,000 in debt interest, and possibly working a second job. Obviously not rich. At 31 he finishes his residency and has still not made any real money and he owes $369,000. Still not rich.

OK. Now Robert is a doctor and can finally make some money. He signs on with an elite practice and will be making $275,000 per year. This is over President Obama’s oft repeated line in the sand of “those making over $250,000 per year.” You know, those evil rich who don’t pay their “fair share.” Assuming a California residency, Robert takes home $165,215 after taxes. Is he rich now? Hang on a second before you answer. He’s got loan payments of over $34,000 per year. Rich now? Hang on a minute….. You’ve got to consider malpractice insurance. A general surgeon (middle of the road cost level) would pay $56,000 per year in Florida. An OB/GYN would pay much more.

After paying $100,000 in taxes, Robert is now parting with half of what is left for loan payments and malpractice insurance leaving him with roughly $75,000. The loan payments are based on a 20 year payoff so Robert will be 51 by the time he can keep that $34,000.

Now nearly thirty years after graduating college, Robert is 51, makes $350,000 per year, and the loan is finally paid off. Again as a California resident, after paying $144,000 in taxes, his take home pay is $206,000. After malpractice insurance he gets to keep $150,000. Rich now? Needs to be taxed more? After 30 years of service does he have a right to keep more or less of what he earns? You decide.

As you ponder, keep in mind that hard working people like this (the top 10% of earners) currently pay 86% of all federal income tax while half the country pays nothing.

Much of the cost data came from “Informed Consent” by Benjamin Brown, MD. You can read an excerpt at:  http://www.eyedrd.org/2011/02/deceptive-income-of-physicians.html