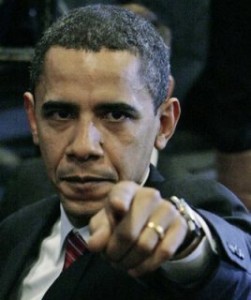 He also said, “The biggest oil companies are raking in record profits — profits that go up every time folks like these pull into a gas station.”

True enough. But what is the rest of the story?

Exxon is a MASSIVE, global company. There are 4716.2 million shares of Exxon stock out there.  That’s four BILLION, seven hundred sixteen MILLION, two hundred thousand shares. That is how many ways the ownership is divided up. If you have a pension fund at work or have mutual funds in an IRA you probably own some and don’t even know it.  Anyone who wants to buy one share today will need to part with roughly $87.

What do you get for your $87? You become a part owner in Exxon with an opportunity to share in their good fortune should the company do well (ya’ know, make those “evil” profits) and the risk of losing your money should they do poorly. You also get $.65 (a dividend) every three months. That’s right; sixty-five cents. Do you think that if you put $87 in the bank you might get roughly the same?

Their last quarterly report showed that each of their shares earned $5.22. That’s 6%.

You can verify here: http://research.investors.com/quotes/nyse-exxon-mobil-corp-xom.aspx?fromsearch=1

When the “Divider-in-Chief” speaks of “record profits” and numbers like “$4.7 million per hour” he is trying to make it appear that this is somehow “unfair” when in reality it is ultimately fair. Each stockholder takes a risk for which he is rewarded with roughly a 6% profit (providing the company is well run) and his small dividend. It just so happens that there are more than 4.7 BILLION shares out there. Of course the numbers are large.

I have just one question Mr. President…… If Exxon is pocketing $4.7 million every hour while making $.06 per gallon how much is the government pocketing when they get their $.46 per gallon in taxes? (If you don’t feel like running the numbers, here’s a hint… it’s north of $36 million per hour).