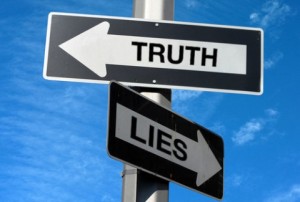 One of the strange things about a lie is that it has the ability to travel through time. Well, sort of. Think about what happens when you find out a person has been lying to you. The lie travels forward in time to effect every single thing that person may tell you in the future. Depending on the magnitude and content of the lie you are less likely in some degree to believe anything this person may tell you in the future. It also travels back in time affecting your memories of various things this person has told you in the past. Now that you know this person will lie, it forces you to reconsider what you may have believed in the past. This new reality could possibly open your eyes to the need to reclassify some portion of those memories as lies as well. Yesterday Politifact named “If you like your health care plan you can keep it, period” as the Lie of the Year. With that in mind, lets look back in time a bit and see if some who believed in “hope and change” might like to do a little reclassification of our President’s assertions (“period” added, mine):

2. “Our ambassador was killed in a riot caused by a movie, period.” (It was terrorism and he knew it while it was happening).

3. “I will not sign on to any health plan that adds one dime to our deficit over the next decade, period.” (Currently in the neighborhood of $1.6 trillion).

4. “When I am President corporate lobbyists will not find a job in my White House. I won’t take a dime of their money, period.”

5. “The public will have 5 days to look at every bill that lands on my desk, period.”

6. “There will be no more illegal wire-tapping of American citizens, period.”

8. “I will close Guantanamo Bay, period.”

9. “I will eliminate entirely the income tax for seniors making less than $50,000 a year, period.”

11. “My parents met at the marches in Selma, Alabama, period.” (The marches were 4 years after he was born).

13. “The stimulus bill will create 3.5 million shovel ready jobs, period.” (5 years and $1 trillion later he himself cracked a joke saying, “Shovel ready was not as shovel ready as we expected.”)

14. “But we don’t want to put adults in a situation in which, on the front end, we are mandating them, we are forcing them to purchase insurance, and if the subsidies are inadequate, the burden is on them and they will be penalized, period.”

15. “The truth is I’m a South side kid and I had to break out the White Sox hat, period.” (When asked who his favorite White Sox player was, he couldn’t name even one).

16.”The American taxpayer will get back every penny of their TARP funds back, period.”

17. “I will televise the healthcare legislation debate on C-SPAN, period.”

18. “….the Fast and Furious program was a field-initiated program begun under the previous administration. When Eric Holder found out about it, he discontinued it, period.” (The program began in Sept. of 2009; eight months after Obama was inaugurated in Jan. 2009. If this were true, Eric Holder discontinued the program before the date he testified under oath that he even knew about it. If it were “field initiated” why did he have to exert executive privilege regarding Eric Holder’s knowledge of the program?)

20. “My father got to study in the U.S. thanks to JFK’s efforts to bring “young Africans over to America, period.” (It was Eisenhower who organized the Kenyan airlift).

21. In opposing Hillary’s mandates, “If mandates were the solution we could solve homelessness by mandating that everybody buy a house. The reason they don’t have a house is they don’t have the money, period.”

22. In opposing Hillary’s mandates, “What’s she not telling you about her healthcare plan? It forces everyone to buy insurance, even if you can’t afford it, and you pay a penalty if you don’t, period.”

24. “The IRS targeting of conservative groups was the action of one office in Cincinnati, period.”

That last one really should have won the award.