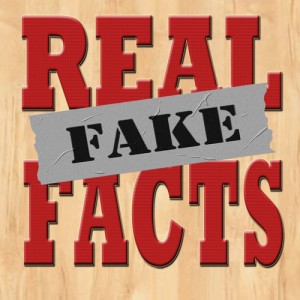 Last week Kellyanne Conway used the term “alternative fact” in a Meet the Press interview. There have since been many attempts to ridicule the term and smarmy requests all over the internet and social media asking “Could somebody please tell me what an alternative fact is?” Please allow me to help.

A simple definition of an alternative fact: A fact which is entirely true but, since it contradicts the narrative of the left, will never be reported by the discredited mainstream press. Here are some examples.

Supposed fact: The press is reporting outrage over a “Muslim ban” on immigration due to President Trump’s executive order and showing maps of Iran, Iraq, Libya, Somalia, Syria, Sudan, and Yemen as countries from which immigration is “banned.” The implication is that evil xenophobic President Trump selected these “Muslim-majority” countries.

Alternative fact #1: Only Syria is mentioned in the executive order, none of the others. By the way, where did the list of these seven nations come from? The alternative fact that you will never see reported is that the current executive order refers to the list created by…. wait for it…. Barack Obama. The Terrorist Travel Prevention Act of 2015 was updated in 2016 to add Libya, Somalia, and Yemen to the list. US policy under Barack Obama was to restrict access to those “who have been present in Iraq, Syria, Iran, Sudan, at any time on or after March 1, 2011 (with limited government/military exceptions).”

If you don’t believe me (and I hope you don’t) read the entire order for yourself:  http://edition.cnn.com/2017/01/28/politics/text-of-trump-executive-order-nation-ban-refugees/

Alternative fact #2: The US stopped processing Iraqi refugees for security reasons for six months in 2011 at the order of ……. Barack Obama.

Alternative fact #3: In 1980, at a press conference, Jimmy Carter issued an order to “invalidate all visas issued to Iranian citizens for future entry into the United States, effective today.”

So there you have it folks. Perfect examples of alternative facts. 100% true. 100% non-reported by the fake news talking heads and the dying newspapers in New York and Washington.

One more quick one…. you might think that all those protesters just magically showed up at airports as soon as they found out about the “outrageous” detaining of people from these countries. Did you wonder at all how they managed to be waiting at the airport for these people as they departed the terminal? Would the average citizen even know about these people as they arrived?

Alternative fact #4: The protests were just another example of the George Soros rent-a-riot service. 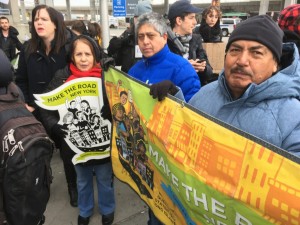 There were lawsuits filed…. filed by Soros funded legal foundations.

Will not touch real “astroturfing.”