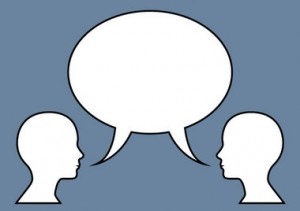 “I’m a 44-year-old white man. I grew up in a middle class homophobic racist home and went to an evangelical christian college and then went into corporate management. Basically the most hated type of human in the world right now.  I became a leader in the evangelical church I attended and believed with all my heart that I was loving the people in my life that I invited to church. I rejected much of the disgusting beliefs of my childhood but I still voted Republican like a champ. Ten years ago, my life transformed as I was rejected by my church and embraced by many of those that I thought needed my message of love. Hah. I needed them. I went into coaching which is a decidedly liberal profession and I spend my life teaching, learning, and living what I hope is authentic love. But here is my problem: my Facebook feed is like the civil war. Blue States vs Red States. Obama lovers vs Obama haters. It’s all too much for me. I love you all. But you are all fucking wrong. Well, not wrong about what you believe–but wrong about how you treat each other. A clever meme might get a laugh from your friends but you are not convincing anyone–except you are convincing them to hate you more. I get it–the other side needs to be shouted down because their voice is too loud. Please, for the love of all that is good, see the human over there behind your belief about them. They woke up with fear and love in their heart just like you. They are managing their fear and love differently than you. A couple of clues for you to notice yourself–if you find yourself feeling like you are better or worse than the group of people you are describing–you are probably dehumanizing them or yourself. If you find you find yourself saying “I  ….” you are probably dehumanizing them. If you find yourself saying “I need to be seen as smart, clever, loving, patriotic, fill in the blank” you are probably dehumanizing them. What would the human in you say to the human in them? Try that! Please! Creating peace is hard work but we an (sic) do it.”  *** End of post ***

I absolutely agree with the sentiment that we should all be civil to one another. On the other hand, that does not exclude a passionate and sometimes loud debate about our beliefs. More on that in a minute.

I would first like to suggest (quite politely and respectfully) that the author shine the light of his observations on himself and take a good look. He says he “shed his disgusting beliefs” but “still he voted Republican like a champ.” That sure sounds to me like, to use his words, he is “feeling like he is better than the group of people he is describing” and “dehumanizing them” in the middle of his plea to not dehumanize anyone. My intent here is not to tear apart this gentleman’s post (because I agree with the general premise) but to argue for its equal application.

I agree that the social media world is on fire these days. Along with increasing demonstrations in the streets, media stunts, and other attention-grabbing tactics Facebook, Twitter, and the entire social media world seem to have gone nuclear. Why exactly is that? I believe there are several reasons.

First, I believe the lack of civility comes from the top. Our current president is quite comfortable using the bully pulpit to insult those who do not agree with him. There is a list as long as your arm of him publicly insulting opponents of his policies including members of his own party. Just in recent memory, he called opponents of the Iran deal “crazies” and taunted those advocating for greater screening of Syrian refugees as being “afraid of widows and orphans.” Never mind that one of the suicide bombers in Paris was a woman and that the Boston bomber Tsarnaev brothers came here when they were ten years old, but I digress. Those who are just reaching voting age now have known nothing but this example of being “presidential” since they were old enough to begin paying attention to politics in 2008. Perhaps our author would offer the same advice to the President he offered to all who read his post, “A clever meme might get a laugh from your friends but you are not convincing anyone–except you are convincing them to hate you more. I get it–the other side needs to be shouted down because their voice is too loud. Please, for the love of all that is good, see the human over there behind your belief about them.” A president leads people in some direction whether he wants to or not; his example is out there for all to see.

Second, and most importantly, there are times when shouting is necessary. When the theater is actually on fire it is necessary to shout “Fire!” Again, I agree whole heartedly with the author when he speaks of his fellow citizens saying, “They woke up with fear and love in their heart just like you. They are managing their fear and love differently than you.”  All kinds of people have all kinds of fears. Homosexuals fear being persecuted, blacks fear racism, the religious fear a loss of their freedom, and businessmen fear a crushed economy.  Everybody has their own bag to deal with. There has now emerged, however, a fear that eclipses all the rest. That is the fear that our system of government which for centuries has protected all of its citizens from those aforementioned individual fears is now being (or may already be) lost. People are feeling that their voice in government is no longer heard and, thus, try to influence their society in other ways. Some feel that they can influence culture through demonstrations and social media and, in that way, indirectly influence government. This fear is also currently visible in the popularity of candidates on the Republican side who are perceived as “outside” of government.

As someone old enough to be the father of our author, I would like to offer a little history. The first President of which I was really aware in a political sense was JFK. For most of my life my impression was that the pendulum of political policies swung back and forth but within a limited range. JFK-LBJ-Nixon-Ford-Carter-Reagan-Bush-Clinton-Bush.. no matter your disposition sometimes things moved your way, sometimes they moved the other way but there was always a sentiment that everything was OK, you could affect things with the next election if you weren’t happy with your representation. All of that has changed drastically with the current mix of politics in Washington. A power-grabbing President, a weak Congress, and a Supreme Court not interested in actual law have created a huge shift in power from the people to the Executive branch. Washington is ruling against the will of the people and does not care what you or I think about it. A couple of examples might be in order.

Neither the Cap and Trade proposals nor the Immigration Reform proposals ever had the votes to pass Congress even with a President and a majority of both houses of Congress of the same party. Just let that sink in a little. The Cap and Trade provisions are now being back-doored into effect by regulations generated by the Executive Branch (the EPA) against the will of the people. The provisions of the Immigration Reform Act are being back-doored into effect by Executive Order of the President against the will of the people. This is to say nothing of Obamacare which was force-fed to the public by a one vote margin of that same super-majority Senate in the middle of the night on Christmas Eve. At no time did it ever have the approval of a majority of the country.

Some people who agree with the policies which are being “back-doored” might be actually smiling thinking that “their guy” is getting things done or that “their team” is winning. I would suggest they temper their joy with a healthy dose of “what if.” Even if 50% of people favor these things and 50% oppose, 100% (everybody) should oppose them being done in this way. The danger here is not the particular issue or which policy one favors. The danger is the allocation of power. Once the power is transferred to the executive branch the precedent is set for future presidents to use that power to do the absolute opposite of what you may favor today. Suppose that two or three presidents down the line from today we get a president who directs his EPA to regulate the wind and solar businesses out of existence (based on bird kills and environmental impacts of solar disposal this would not be difficult). At the same time this president might give massive subsidies to his friends in the coal industry. Would the people who are applauding today’s results still be applauding? What if a future president decided to enforce federal immigration laws against “sanctuary cities” but not to enforce federal abortion laws against a new phenomenon called “pro-life cities?” Would today’s smiling liberals be happy about that? Outraged? Freaking out on Facebook? How about if a future president decided to turn a blind eye to the enforcement of federal gun laws in the same way our current president is not enforcing immigration laws?

Again, it is not about which side of the political spectrum you occupy, it is about the changing of the very mechanism of government and how it serves (or does not serve) the will of the people. This concentration of power was the greatest fear of our founding fathers and was the reason for the Bill of Rights. This is not about a single issue. It is about the loss of our very essence and many who love what this country used to be are standing up and loudly entering the political arena for the first time out of a terrifying sense that we are losing America.

I vow to be civil. I vow to be respectful of my fellow-man but I will not be silent. In the name of the 1.3 million soldiers who gave their very lives in the formation and preservation of this formerly great country I will stand and be heard. I will honor their sacrifice. I owe my children no less than what my elders gave to me. When the government takes away my voice is when I will shout the loudest.