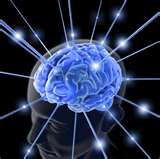 From time to time the Chronicle will present some “Brainsnacks” for your reading pleasure and intellectual nourishment. These will be quick little factoids which may or may not be related to each other but will, hopefully add a little bit to your day. Here’s today’s snacks:

•The first year spending “cuts” in the deal amount to $22 billion; the rest are over ten years and up for discussion.

•Of all of the plans, both offered and rumored, S&P said only one would avoid a downgrade of U.S. debt; the Cut, Cap, and Balance plan which passed in the House.

•Harry Reid said that Cut, Cap, and Balance was “dead on arrival” and President Obama promised to veto the bill if sent to him.

•The Democratically controlled Senate has not passed a budget in over 800 days.

•The only budget submitted by President Obama in his entire term was defeated in the Democratically controlled Senate 97-0!

•The value of the U.S. dollar dropped another .15% yesterday to a level roughly 16% lower than when President Obama took office.

And finally (at least for today), at the time of its passage the “stimulus bill” spent enough money to pay for both the Iraq and Afghanistan wars in total from day one.