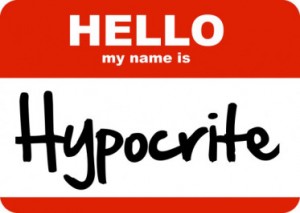 Dear Chuck Schumer, Hollywood Screen Actors  Guild poseurs, CNN logic-challenged  commentators and all of those who use any  combination of the above to justify your “outrage” at President Trump’s issuance of an  executive order to put a moratorium on  immigration from countries which foster  terrorism:

Please spare us your phony outrage. All of your  “tears” and “deep concern” are totally a matter of political posturing and we know it.

If you had an ounce of core principles and your outrage was real you would’ve been outraged when this began. President Trump’s executive order suspends immigration, by reference, from “countries referred to in section 217(a)(12) of the INA, 8 U.S.C. 1187(a)(12)” of The Terrorist Travel Prevention Act of 2015 signed by Barack Obama. Where were you then? Where were you when the list of nations covered by the act was updated just last year? Where were all the speeches sighing that we are a nation of immigrants and that this “is not who we are?”

You have gotten away with this kind of thing for decades with the backing of your friends in the media who masquerade as legitimate news providers. The people are waking up and now realize that they are being played. Your Hollywood “stars” rants are doing nothing but causing people to turn away from their product. Your so-called news coverage is only further revealing their bitter bias. More and more people (even former liberals) are beginning to realize the game that has been played on them for so long.

Please, shriek louder as you back yourself further and further into the corner. You only expose your true nature for all to see.