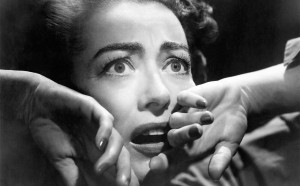 A legitimate question one could ask of the left these days is “When does a fear become a phobia?” If you Google the word “Islamophobia” you instantly get 4,360,000 hits and the word appears daily in almost every major publication, multiple newscasts, and reams of political thought. For the left, it has become an accusatory term to be used against anyone who expresses concern over Islamic terrorists, Syrian refugees, or the silent Christian genocide taking place in the Middle East. But is it an accurate term or is it a bastardization of the language? Where exactly on the scale do we flip the switch from fear to phobia?

Many activities involve a certain level of fear. Let’s take a look at crossing the street. An average person who crosses the street has a background level of fear in his mind that he could get hit by a car. Almost 100% of the time that fear is so far removed that it never really makes it to the conscious level; it’s embedded back in there from his childhood when his parents taught him how to cross the street. Moving up to a slightly higher spot on the fear scale, maybe our street-crosser notices that a car is coming from one direction and is forced to decide when to cross. At this point, some small level of fear may cause him to choose to wait rather than make a dash.

As the amount of vehicles increases from one car to two, the speed increases, and the decision eventually becomes about “traffic” rather than single cars the level of fear goes up slowly but surely. We can imagine ratcheting up the fear further by adding larger and faster vehicles (a speeding concrete truck is slightly more worrisome than a slow-moving Smart car) or adding the element of surprise (a vehicle that surprises you when you thought none were coming can definitely raise your heart rate).

Let’s imagine some even higher levels of fear of street crossing. Let’s say for some emergency reason our street-crosser decides he must cross an Interstate highway. Maybe it’s a medical emergency or he has to save his dog. Now, there is a palpable fear. His brain is shouting at him, “I better be careful. If I make the wrong choice here I could get hit by a car and killed!” Now we are to the level of real heart pounding fear. Let’s look at one final level of street-crosser’s fear. Let’s imagine a person who, on a clear sunny day with not a car in sight in either direction and absolutely zero real danger of having a problem crossing the street, is totally paralyzed with fear at just the thought of crossing the street.

So where does our fear of crossing the street become a phobia? The dictionary says a phobia is “a persistent, irrational fear of a specific object, activity, or situation that leads to a compelling desire to avoid it.” By this definition it seems that all of the fears we looked at for our street-crosser except the last one were normal, healthy survival mechanisms. The point where we flip the switch from fear to phobia is when the fear is no longer rational.

So, transferring this to our national discussion of Islamic terror, the question becomes is the current level of fear rational? It seems rational to have a certain amount of fear that the Paris attacks could be duplicated by Islamic terrorists here in the U.S. Many of our cities, our gatherings at sporting events, and our restaurants are almost identical. They only needed 11 terrorists to kill 130 people. We now also know that the death toll could have been much higher. The plan was to detonate a suicide bomb inside a soccer stadium (think Patriots football game in the U.S.) and then two more detonations outside the stadium when the panicked crowd rushed out. This plan was foiled when an alert member of security noticed the first bomber’s vest.

It also seems rational to have a certain level of fear that Islamic terrorists might try to infiltrate the flow of Syrian refugees. One of the 11 Paris attackers did just that. Those with such concerns have been mocked by the President as being “afraid of widows and orphans” as if such fears were ridiculous or irrational. Does it still seem irrational however when we realize that one of the Paris attackers was a woman? A woman who tried to entice a police officer to come nearer by pleading for help just before she blew herself up? Is it rational to be concerned about the influx of those the President mocks as “orphans” when we realize that the Boston bomber Tsarnaev brothers came to the U.S. when they were ten years old?

Amazingly, at this point in my writing of this post, Islamic terrorists did attack here in the U.S. In San Bernardino two terrorists claimed 14 lives and were suspected to have another attack planned. One of the attackers was a woman. Should we still be unconcerned about “widows and orphans” Mr. President? CBS also reports this morning that the woman, Tashfeen Malik, passed DHS counterterrorism screening. It now seems extremely rational to demand an even higher level of screening than we now provide for the entry of Syrian refugees if we decide to allow any at all.

And, finally, there are multiple reports that an individual in the neighborhood where the terrorists lived witnessed large numbers of packages arriving, large numbers of Middle Eastern men coming and going, and work going on in the garage late at night. Although suspicious of these activities he did not report it to anyone because he feared he might be accused of profiling. In this case it seems the problem is not Islamophobia but Islamophobia-phobia (an irrational fear of being called an Islamophobe). This is the fear that Islamic terrorists want to cultivate and our current administration is helping them do it.

Let’s cut to the chase on Islamophobia in this country. There is no irrational fear. There is fear. It is completely rational and highly deserved. It needs to be addressed. You could make the case that it is currently being ignored by our government officials but let’s just say that it is not getting the attention it requires. Worst of all, our current administration mocks those who demand stronger actions as victims of a phobia.

Is it not more irrational to stick your head in the sand and invite tens of thousands of Middle Eastern refugees into the country when you cannot properly screen them? Especially, when ISIS has told us they would infiltrate them and have already done so in other places?  Real fear is a survival mechanism which must lead to action if you wish to survive.

All we really have to fear is the fear of Islamophobia.