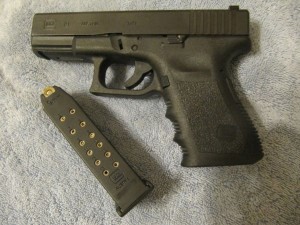 There’s an old WWII era joke about the definition of hell. It says that hell is a world in which the British are the cooks, the French are the mechanics, and the Germans are the police. Obviously, in heaven the job assignments are different. In a similar way, most of the talking about guns these days is being done by those who know the least about the subject.

For example, Alan Grayson, Congressman (D) from the district where the shooting took place, said that the gun used by the terrorist could fire “700 rounds per minute.” This is absolutely not possible. This fire rate is a specification referring to the fire rate while there is ammunition available. It disregards time necessary to reload and, even if the gun was connected to an endless belt of ammunition, one could not fire 700 rounds in a minute. According to Steven Howard (a lawyer and gun expert), due to heat build up “in reality, you’ll get to 500 rounds and the gun will just melt.”

Grayson also said of the killer on CNN, “If somebody like him had nothing worse to deal with than a Glock pistol which was his other weapon today, he might have killed three or four people and not 50.”  Let’s examine that with two scenarios; one with the Sig Sauer MCX actually used and one with a Glock 17. According to local news outlets, a total of 202 rounds were fired by the shooter and the police. Let’s assume the shooter fired 200 of those.

Scenario #2 Glock 17: The fire rate for the Glock is the same (as fast as you can pull the trigger) so we will still have 4 minutes actual firing time. Reload time is actually a little quicker but we’ll say it’s the same. With 10 round magazines he would have to reload 20 times. At 4 seconds each that’s 1 minute, 20 seconds. Total gun operation time: 5 minutes, 20 seconds.

So, it appears Mr. Grayson’s claim that only 3 or 4 people would have been killed had the evil “assault rifle” (a political buzzword only) been banned is also nonsense. With a display of his lack of knowledge it seems obvious he is grasping for political points at the expense of the death of 49 people. His is but one example of the sad politicization of a terrorist attack. When a major newspaper (using the term loosely) actually blames the NRA for a terrorist attack you know you’ve jumped the shark.

Remember not to be distracted folks. The discussion of the weaponry used by a terrorist is meant to force you to look away from the fact that your government is failing to do the one thing that would help. Remove the terrorists.