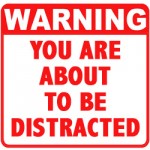 As you venture out there into the world of discussion please do not allow yourselves to be drawn into discussions of the attack on Orlando that are designed to distract you from what is really happening. A few simple things to remember:

First, this is not about gun laws. There is no law that could be passed that a terrorist would not break.

Second, although the LGBT community suffered agonizing losses, this is not about the attitudes of the general population towards LGBT’s (which have actually been improving). If there was an anti-gay component to this attack (as opposed to just wanting to kill Americans of any kind) it was because terrorists are commanded to kill gays. In the Middle East they throw them off of buildings.

And finally, this is not about politics or elections. While these sad events should definitely help us consider who we want to lead us going forward we should not be discussing the “horse-race” aspect of how it will benefit which candidate.

Let’s stay focused on the fact the we are at war. We have been attacked on U.S. soil now at least five times. Our President refuses to acknowledge that fact to the point where he just gathered up enough nerve to even say the words “radical Islamic terror” yesterday after 7 1/2 years. Even at that, he did so in a mocking tone. It doesn’t match the narrative he wants in his little fantasy world. He wants to be President in the kind of world he wants it to be, not in the one he got.

As you watch, listen, or read coverage in the coming days remember the narrative your government fed you was that Benghazi was caused by a video. Remember, the architect of Obamacare admitted that they lied to take advantage of, in his words, the “stupid American voter.” Remember that White House aide Ben Rhodes recently bragged about lying to the American people about the Iran deal. They are, once again, trying to control the narrative and are, once again, counting on the “stupidity of the American voter.”

Stay focused. We are at war and our government is more concerned with their politics than with your security.